Discover the highlights of the rolling green landscape and the Mongolian steppe. Breathtaking landscapes and the warm hospitality of the nomads will remain unforgettable. Our trip is on the track of Genghis Khan's history. Visit the places where the king had left his feeling. Our journey begins with a visit to the world's largest equestrian statue. Then drive to "Kharakhorum", the former capital of the Mongol Empire during the 14-15th centuries, which offers visit to ancient monasteries. From here, we make our way to the "Khustai" National Park to see Przewalsi horses. Our trip is a combination of off-road vehicle tour and hiking days in central Mongolia and the mini Gobi. 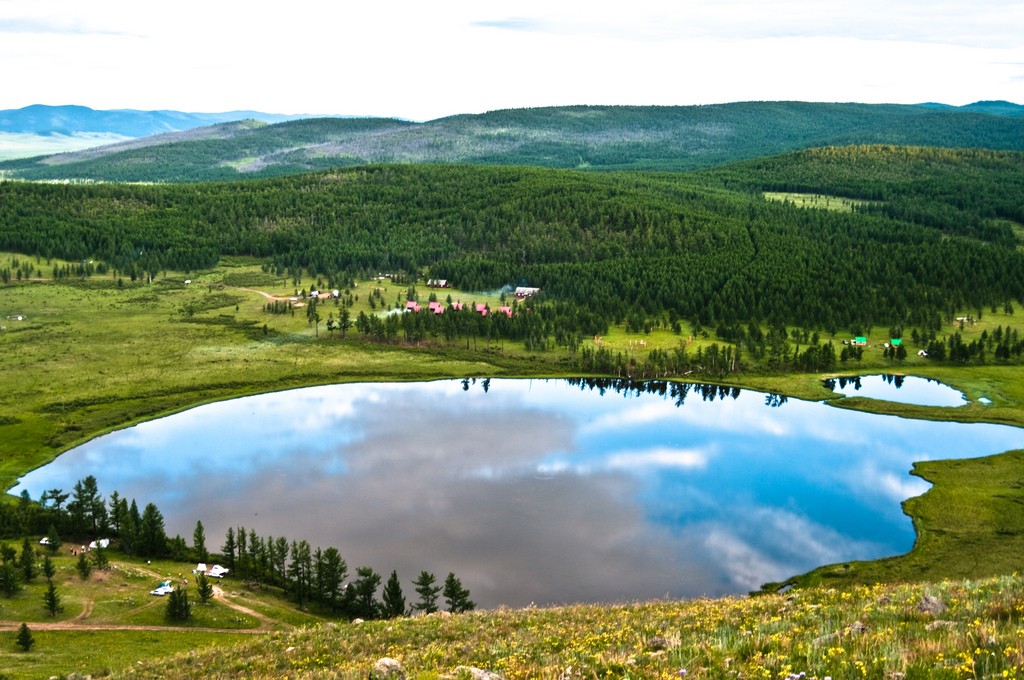 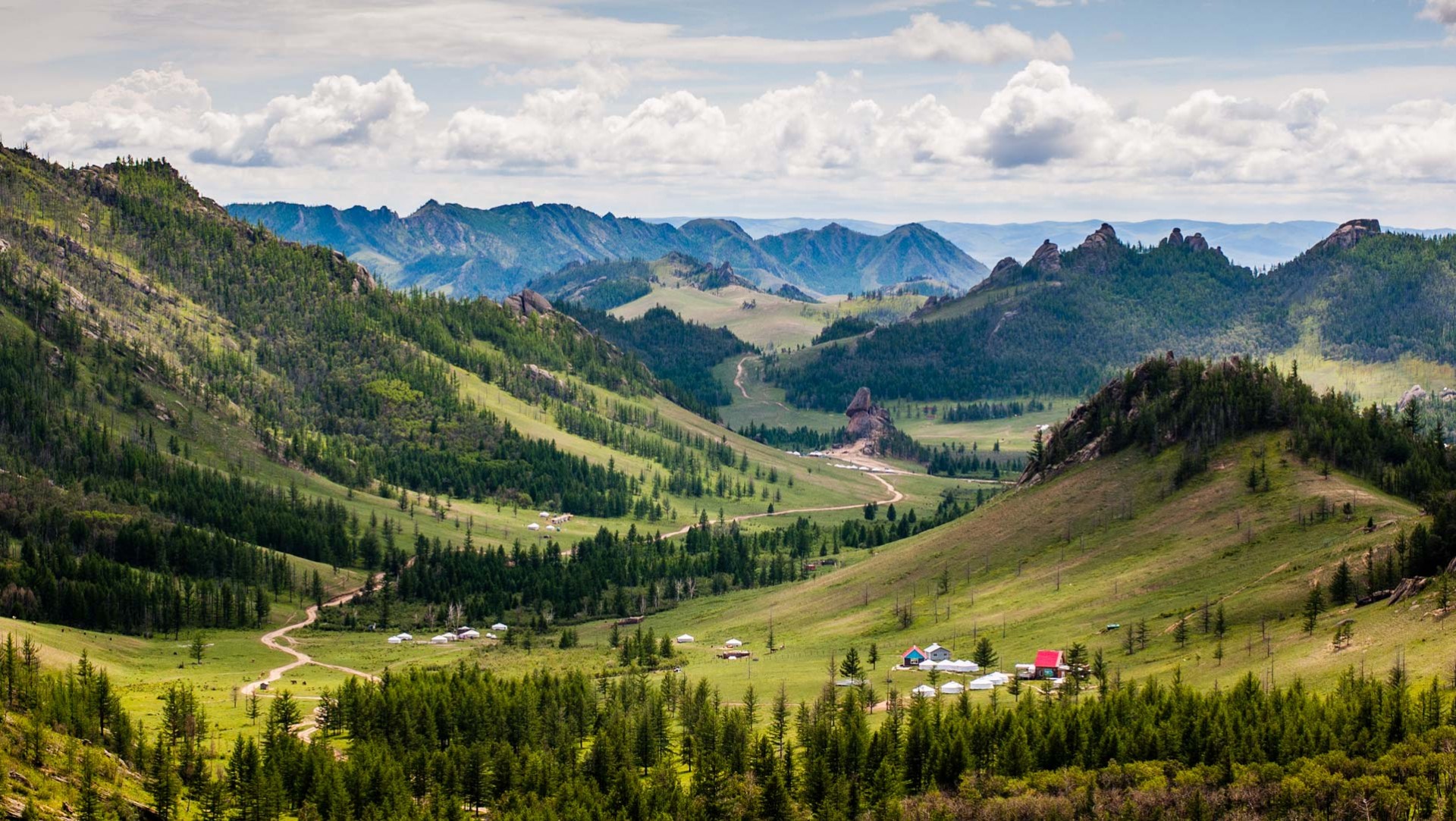 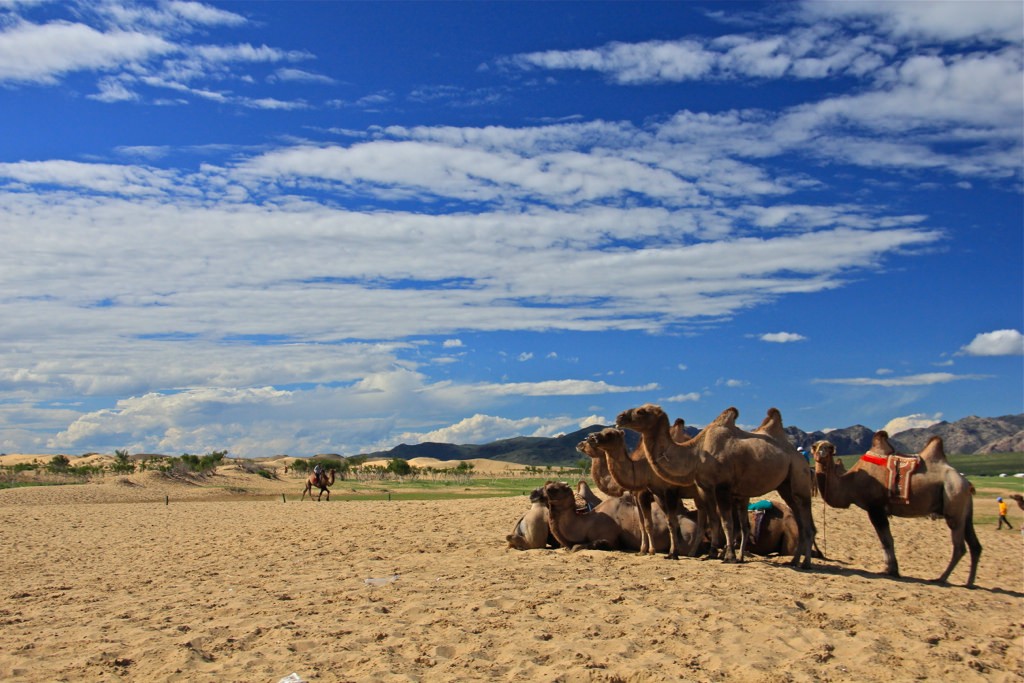 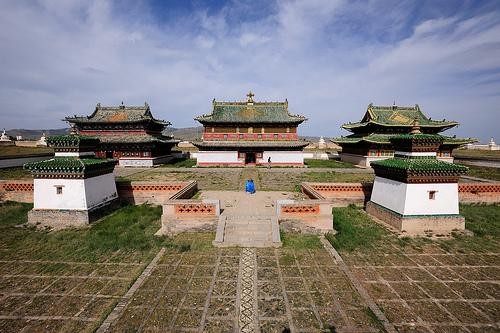 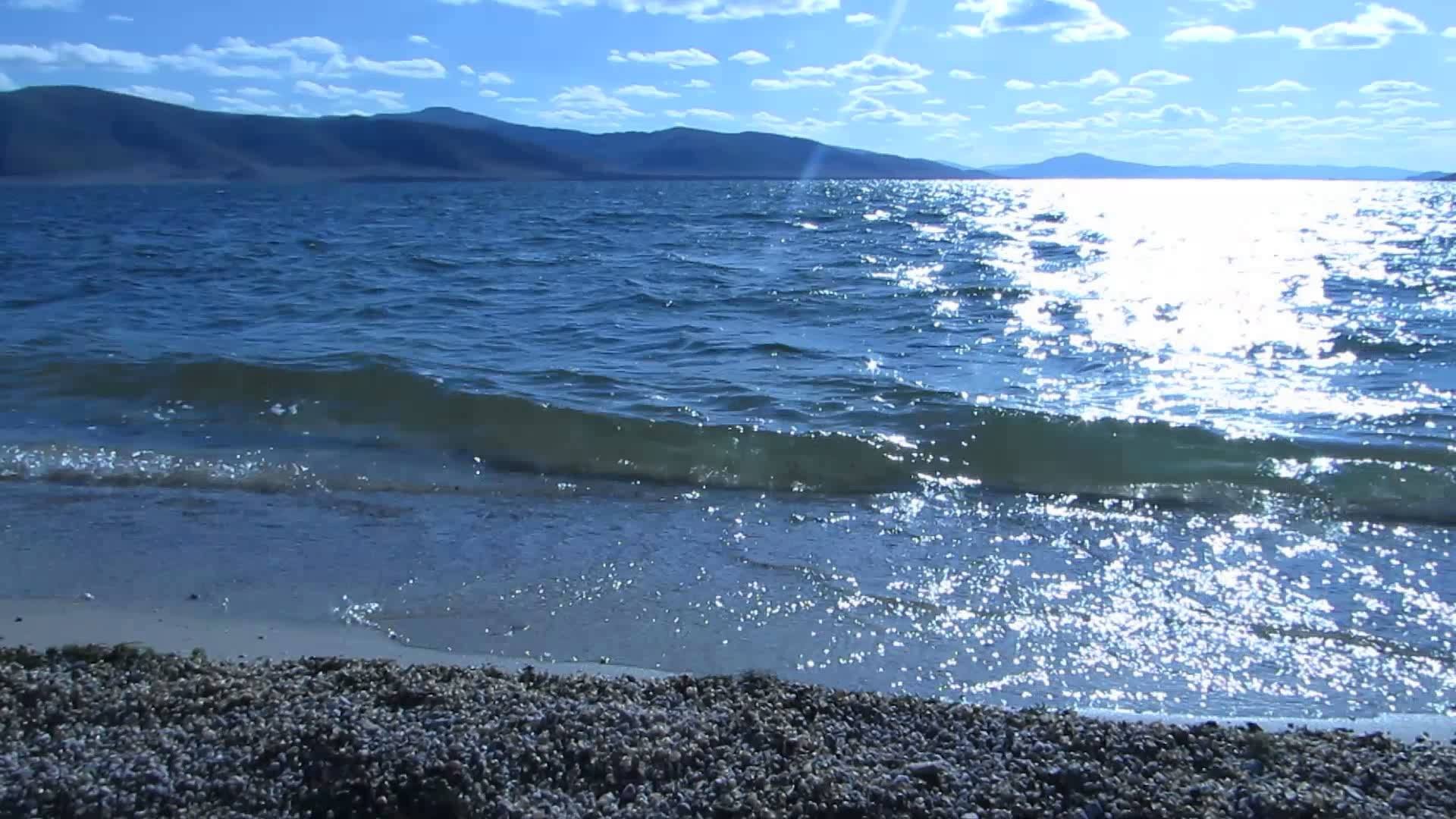 Day 1: Arrival in Ulaanbaatar, the capital of Mongolia

Upon arrival into Ulaanbaatar, it is recommended that you check-in to the hotel and recover from your flight. In the afternoon, you will be picked up by our tour guide. Then we will begin our trip, where we'll have ourselves immerse into Mongolian history. We begin our journey with a visit to National Museum. Here, you will learn more about the glorious, violent and noble past of Mongolia, including the founding of the great Mongol Empire by Genghis Khan to the Soviet era and the 90s turnaround time. Then, we stroll at the "Sukhbaatar" square, where there's the monument of Genghis Khan and parliament building. After that, we conclude the day with a welcome dinner while enjoying the Mongolian folklore. (Accommodation: Hotel 4*. Meals: Lunch and Dinner.)

In the morning we head out to the east for the world's largest equestrian statue. This place is also known as the uprising point "Genghis Khan". Genghis Khan, on his way back from a visit to Tooril Khan of Keraitas, found a whip at this place. Finding a whip is considered as a lucky charm for Mongolians. That being the case, the world's largest equestrian statue was built here. At the lookout point, we enjoy a magnificent panoramic view of its surroundings. After lunch, we drive to Ger-camp in the National Park. (Accommodation: Ger camp Meals: Breakfast, Lunch and Dinner.)

"Khar Zurkhnii Khukh Nuur" is a very special histroic place where Temuujin was elected as the king of all Mongolian tribes in 1189 and got the title "Genghis Khan". (Accommodation: Ger camp Meals: Breakfast, Lunch and Dinner.)

After breakfast, we head to National Park "Terelj". Here, we enjoy an amazing sight of a rock formation which resembles a turtle. Further, we visit "Aryabal" monastery. You may go to the monastery on foot if you prefer and that approximately takes an hour and a half. (Accommodation: Ger camp Meals: Breakfast, Lunch and Dinner.)

Khustain Nuruu National park, also known as Khustai National Park, is a large conservation area in Tuv province, Central Mongolia.We start the day with breakfast and drive to the Khustai National Park. We soon reach the park and leave our car in the parking lot to begin our 3 hours hiking over the hills. Of all the parks, Khustai is known for its population of Przewalski's horse or Takhi in Mongolian. After lunch in Ger-camp, we drive a bit into the national park. These critically endangered horses were expelled again in 1992. About 15 horses were brought over. At present, there are over 400 horses in the National Park. (Accommodation: Ger camp Meals: Breakfast, Lunch and Dinner.)

In the morning, we make our way to the magnificent rock formation of Khugnu Khan Nature Reserve. Here, we discover the semi-desert steppe. Astonishing granite rock mountains and 80 km long sand dunes are the characteristics of this dry area called the "mini Gobi". In the afternoon, we walk to the "Erdene Khamba" monastery, where "Khogno Khan" was built on the south slope of the mountain in the 17th century. (Accommodation: Ger camp Meals: Breakfast, Lunch and Dinner.)

Today we travel east to Kharakhorum, which was the capital of the Genghis Khan's Mongol Empire between 1235 and 1260, and of the Northern Yuan in the 14-15th centuries. In the 13th century, the capital not only became the hub of the imperial administration and a center of trade and crafts through its tolerant attitude towards the new and unknown, but also a melting pot of different religions, cultures and peoples. After lunch in Ger-camp, we visit the "Kharakhorum" museum and we visit "Erdene Zuu" monastery on the way. (Accommodation: Ger camp Meals:  Breakfast, Lunch and Dinner.)

In the morning we drive to the lake "Ugii". The lake, designated as a Ramsar Site of International Importance, is known for its fish and birdlife. It's a stopover point for migrating waterbirds of the family Anatidae. Also, it covers an area of 25.7 km2, 7.9 km long, 5.3 km wide, and almost half of the lake is less than 3 m deep. After our arrival in Ger-camp, we recover from the ride. While exploring the area, we visit a nomad family to get to know about how their life goes. (Accommodation: Ger-camp Meals: Breakfast, Lunch and Dinner.)

Day 10: Back to Ulaanbaatar

Return to the capital. After arriving in the hotel, you have free time at your disposal. In the evening, we all have dinner together. (Accommodation: Hotel Meals: Breakfast, Lunch and Dinner.)

You will be free at leisure in your hotel or stroll around on your own until our guide escorts you to Chinggis Khaan International Airport for your departure flight. Your driver will assist you with flight check-in and luggage, and see you off at the point of security check. (Breakfast.) 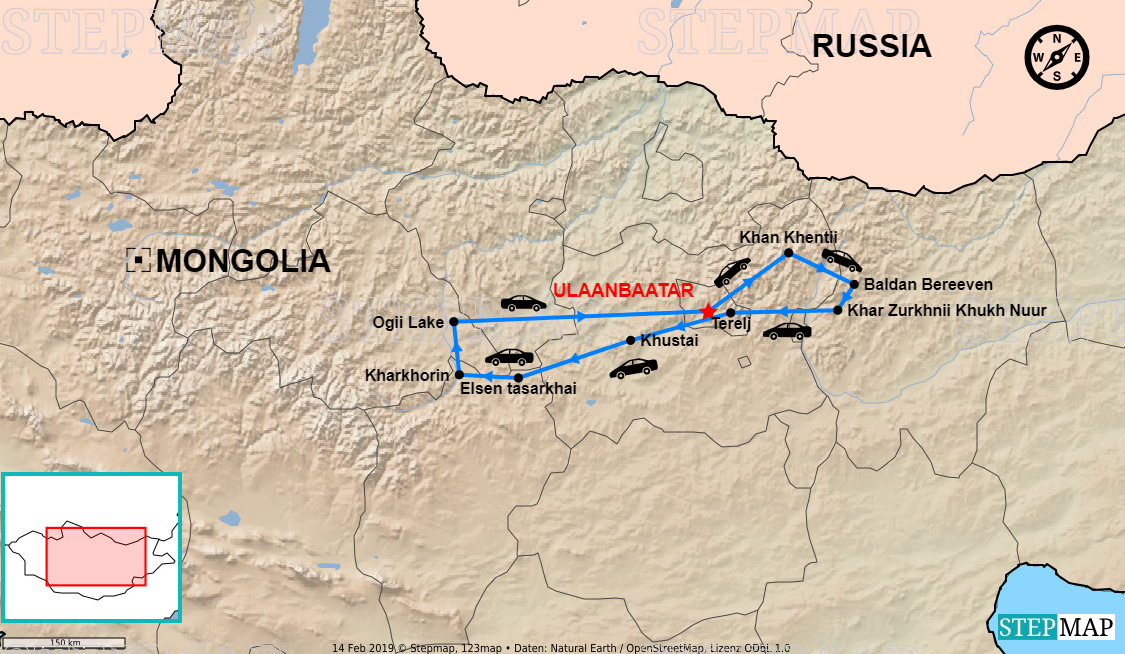